An Unsinkable Crew - catering through a perfect storm of challenges 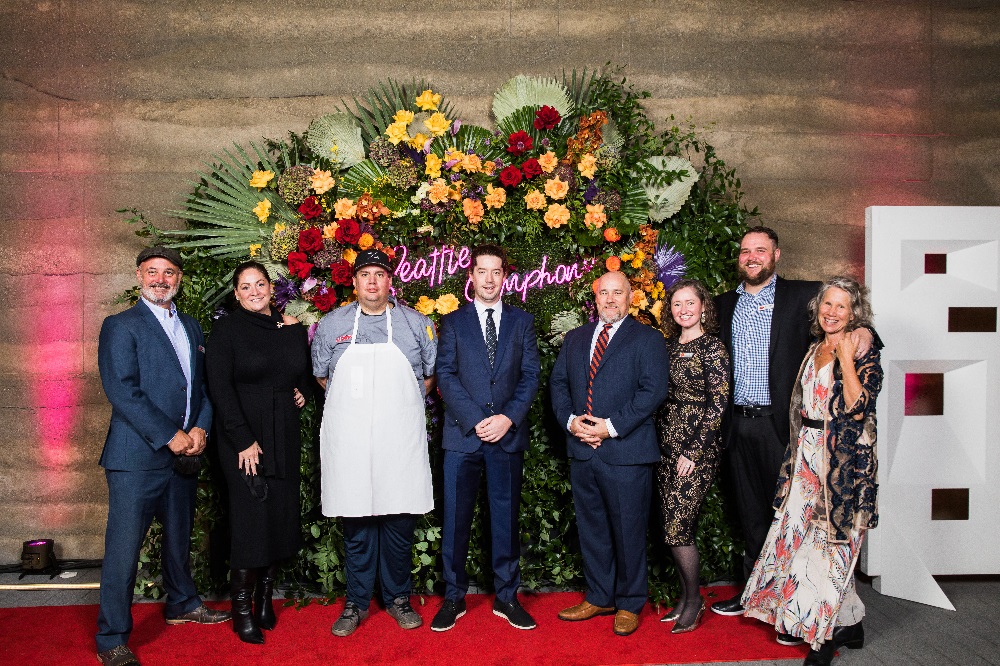 Like everyone in the event industry, our company faced an absurd number of obstacles in the last two years – from closures and restrictions to supply chain disruptions and labor shortages. But on September 18, 2021, a perfect storm of calamities almost took down the ship in an event unlike any we’ve experienced before.

As an exclusive culinary partner of downtown Seattle’s Benaroya Hall, home of the Grammy award-winning Seattle Symphony, DSquared has managed the concessions, catering, and two restaurants in the iconic, city-block-long building since 2014. When the Seattle Symphony’s Development Department decided to bring back their annual Opening Night Gala in person for 2021, we looked forward to once again partnering with the Symphony to create a high-end, memorable event. However the night was – wait for it – going to look a little different this year.

The Symphony’s goal was to bring their donor community back together for the first time since the shutdown and recognize their donors’ support in keeping the organization afloat throughout the pandemic.

Our goal was to collaborate with the Symphony to achieve a successful event by taking excellent care of their guests and highlighting the featured chef they brought in as a special showcase. Celebrated local chef, Kristi Brown, of restaurant Communion and catering business, That Brown Girl Cooks, was to create and prepare the menu for the post-concert gala celebration while our team would be responsible for assisting with plating, serving, bartending, and managing the overall logistics and guest service at the reception.

Ensuring a top-notch dinner service without being directly in control of creating the food was an atypical situation for us, but the greater challenge lay in last minute venue changes and an upcoming September storm.

Originally, the Symphony planned for their 300 (masked and vaccinated) guests to attend a full orchestra performance inside Benaroya Hall’s Taper Auditorium followed by a reception in the Grand Lobby. Two weeks before the event, COVID concerns resulted in moving the post-concert celebration to an outdoor venue a couple blocks away. Guests would be seated under a large atrium in small groupings of lounge furniture, with six feet of distance between each pod. This created the logistical puzzle of determining the necessary equipment for preparing and staging the food and bar service at the new location, which ultimately resulted in adding generators and building a field kitchen in the building’s large loading dock.

“I don’t know how this is going to work”

The day of the event arrived, and with it, the rain. While mostly covered, the public atrium, located between skyscrapers, created a wind tunnel that exacerbated any inclement weather – not an ideal location to serve an upscale dinner to elderly patrons. During the rainy set up, our team realized that some partially-covered tables would have to be moved out of the path of the rain, changing the entire floorplan. DSquared’s Chief Operating Officer, Reed Haggerty, remembers, “At 2:30 on the day of the event, our event décor planner said – ‘Reed, I have never seen anything like this in my life. I don’t know how this is going to work.'”

With a few top-tier donor tables maintained, the majority of the seating assignments became a free for all - to the confusion of the arriving guests. “Not only are we dealing with high-level donors,” emphasizes Reed, “We’re dealing with high-level donors and telling them something they don’t want to hear. We need to send a message of ‘You’re not getting what you were expecting, but you’re still being taken care of.’”

One of DSquared’s company philosophies is to always consider the needs of the guest first. With this in mind, our team became the ultimate ushers, going above and beyond to escort those challenged by the new layout to find an open seat, as well as offering to bring them a blanket, a drink, or a plate of food, even though the reception included small bite stations, not plated courses.

The Calm before the Storm

Despite the layout challenges, the event itself flowed beautifully. From the time the guests walked from Benaroya Hall to the outdoor venue, and all while they were eating and drinking, the sky remained clear –even through dessert!

“One of our biggest successes was managing the line as the guests entered the reception.” Reed explains, “They checked in at the top of the stairs, then walked down the stairs, got their picture taken, and then were led right into the chef stations. We saw a bottleneck in the line, so our staff shifted course a bit, walking up and down the stairs tray-passing wine and appetizers –which is a feat in and of itself. So while people were waiting to get their picture taken, they were able to hold a glass of wine, have a conversation with their friends, and have a little nibble to wet their palate. It made the line fun.”

In an hour and a half, 300 guests were served appetizers, two small plates, bar service, and dessert. And during that time, the CEO of the Seattle Symphony gave a 10-minute speech, during which servers were off the floor. “That’s pretty impressive,” boasts Reed.

Then, toward the end of the night, our worst-case scenario arrived.

“There was a point in the night when the wind and the rain really kicked into high gear, after we had been there for about an hour and a half,” recalls Reed, “There were probably 20 of us standing under the pop up tents which were lifting off the ground, even after being weighted, holding them down with both hands so they weren’t flying away, potentially endangering the guests.”

Tuxedos and Tennis Shoes’ Director of Sales Emily Schiller adds, “What Reed failed to mention is that everyone who is holding down the tents is getting completely soaking wet. It’s like standing in a shower. I was at another tent that was already half way off the ground, with two of our servers just frantically trying to get it broken down enough to get the top off of it so it wouldn’t catch wind.

“Things are blowing over, like fake walls that they had brought in – loud bangs – people are screaming, people are running – it was pure chaos.”

“As I’m standing there,” Reed says, “holding onto two tents at once, a big burst of wind comes and takes like three gallons of water and blows it up in the air, and all that water just falls down and lands on me - and I’m in a suit.”

All the while, DSquared’s General Manager of Benaroya Hall, Ryan Schiller, is at the VVIP table, serving high-end bottles of wine to the Symphony’s top donors. He said later, “I felt like we were on the Titanic, and everybody was trying to escape, and my group of people were just sitting there listening to the violins as the ship was going down.”

“But here’s the best part about that situation,” Reed adds, “Ryan continued to take care of these folks while the rest of the event was breaking down. That’s our guest-first philosophy.”

“We’ve all practiced earthquake safety and fire safety,” Emily says, “but no one ever talks about, ‘okay well what do you do when a storm happens in the middle of your event and everyone’s in high heels and gowns?’ Looking around and seeing all of our staff doing all of the right things at the right times and fully addressing the situation at hand was a proud moment.

“Not all caterers are going to usher your guests in a monsoon to make sure they get out safely. Our whole team took it personally to first take care of the guests, like a flight attendant mentality.”

Reed adds, “The unquestioning attitude that our team put forth that night, of just, ‘this is what we’re doing’ - there was never a time where you were looking at somebody and they didn’t know what they needed to be doing. The whole night felt like we were teetering on the edge of going from difficult to just awful. And everybody was in the right place at the right time.

“Especially coming out of COVID, not having large events like this, to be able to bring a team in – your core team, people that know you and the guests and seeing that our staff was so engaged and willing to put their everything on the line to make sure that these people had the best possible time. That’s a big moment of pride for me.”

A Once in a Lifetime Event

“Quite honestly this is a once in a lifetime event; I’ve never seen anything like it,” says Reed. From the time and energy Emily spent planning, and re-planning, the event, to the work put in by our Executive Chef Chris, when it wasn’t even his food being served, to the unflappable hospitality of our service staff on the day of the event, the DSquared Team went above and beyond to see the event through.

“It was a heroic feat that we were successful in this event. The event was set up to fail - not by any one individual - but because of all the odds stacked against us to have a successful event that night. We would not have been able to do it without the diligent efforts from Emily, Chef Chris, our Service Staff, to the owners of our company - David and Meg Haggerty, who were onsite holding down tents, clearing glassware that’s blowing away, serving VIPs, and looking at and tasting the food. This was the epitome of a team effort from A-Z, everybody was involved.”

Standing strong in our philosophies of teamwork, culinary brilliance, and always being guest-first allowed us to take on this challenging event. In the end, we’re proud to have worked together with our client partners, another culinary team, and our fellow event vendors to ensure the event’s successes, despite mounting obstacles.

Emily provides an unexpected benefit to the almost catastrophic event, “Doing the standard status quo fundraiser with round tables and plated dinner service–we’ve nailed that, we’re great at that. Working this event that was so outside of our control but using all of our skills, knowledge, and experience to still make it successful made it so much more memorable to all of the guests. Like, they’re not talking about the 2018 Gala where they all sat around and had dinner inside a hotel ballroom. But, they’re going to talk about that one time when we were outside in little pods and the heavens opened up and the rain came tumbling down!” 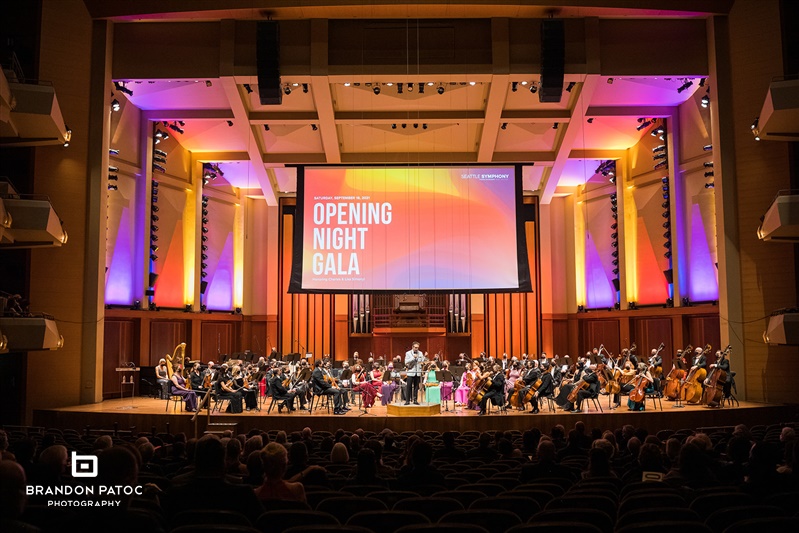 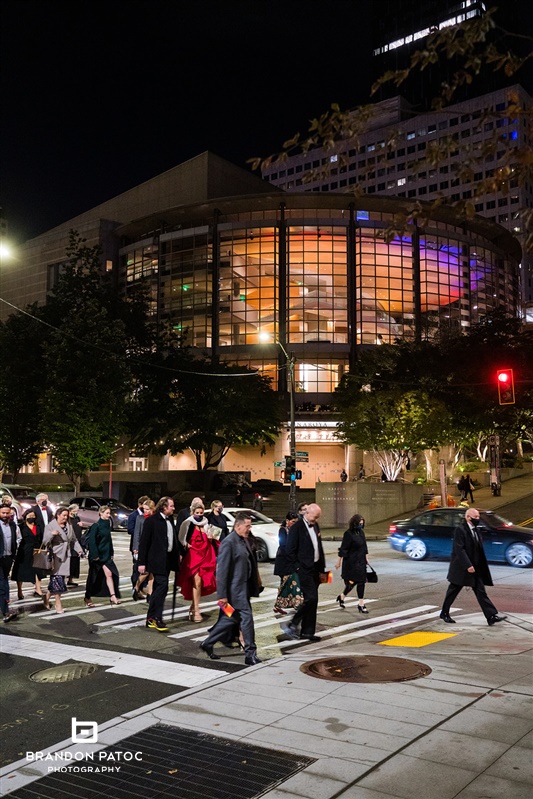 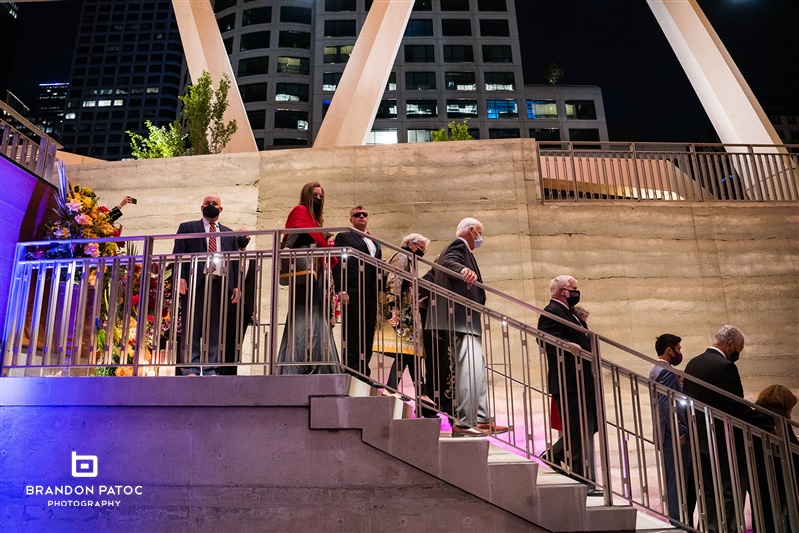 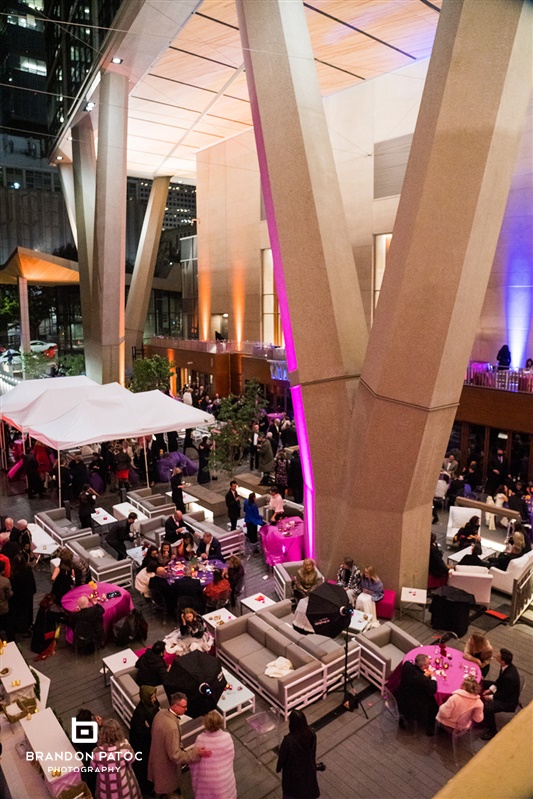 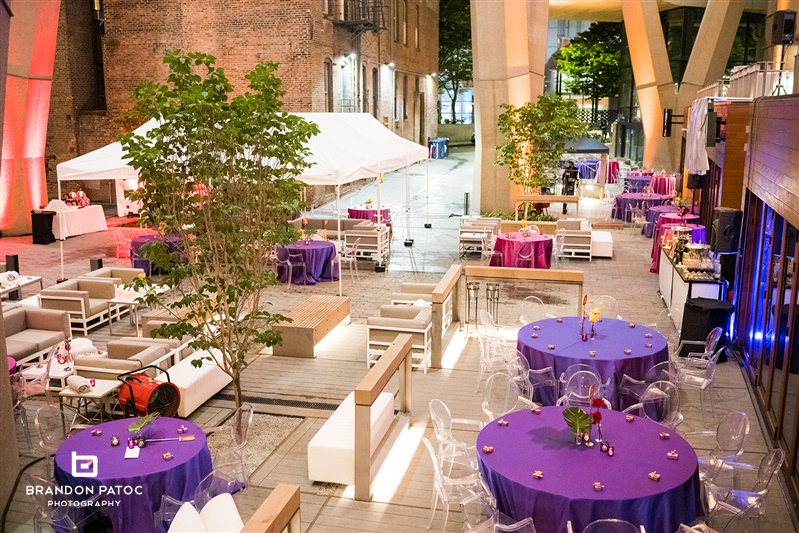 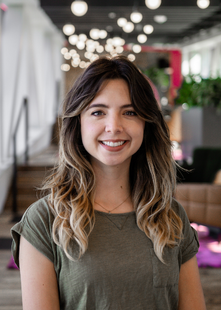 Looking back on the career trajectories of some of our long-time event and culinary employees.
read blog
⟨  Plan an Event with us  ⟩